change - the only thing you can predict for certain 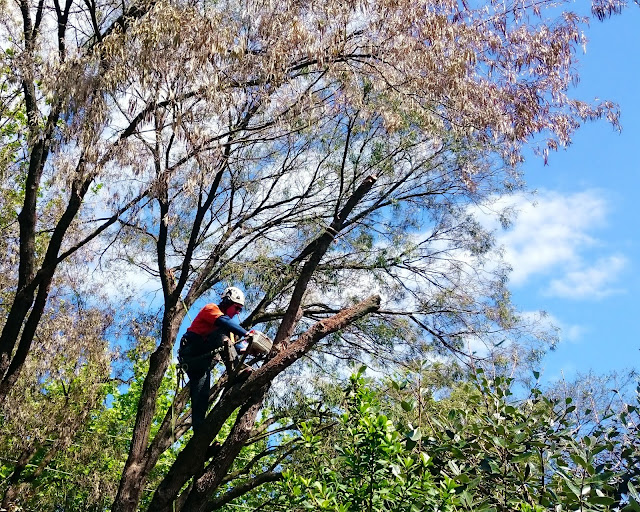 The young tiny Willow Myrtle that I brought home about 30 years ago has grown up and up, and is now slowly dying. My next door neighbour didn't like to see dead branches so we paid someone to cut some of the branches back. I don't mind looking at dead branches and brown leaves. To me it's part of the living and dying process. But I think I will have to get the company back because at least one of the branches could break off and is potentially dangerous.

On the other side of the garden a gum tree I also planted in the 1980s is growing towards the light and over my other neighbour's swimming pool, potentially very dangerous. Eucalypts are known to drop their branches unexpectedly and sensible campers don't erect tents under them.

I guess this is the sort of thing you have to expect from an established garden. After all, it's not as if it's ever finished ... time equals change. 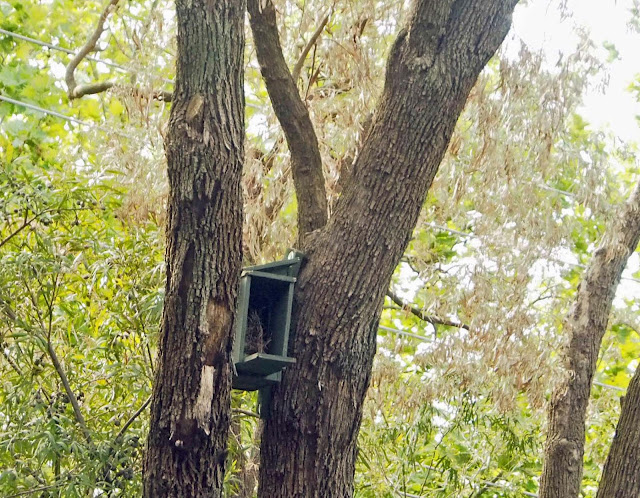 I don't know who is nesting here, but there are definitely signs of habitation. This is the tree that is dying. I'll only cut off the branches that are dangerous, and if necessary I'll move the nesting box. 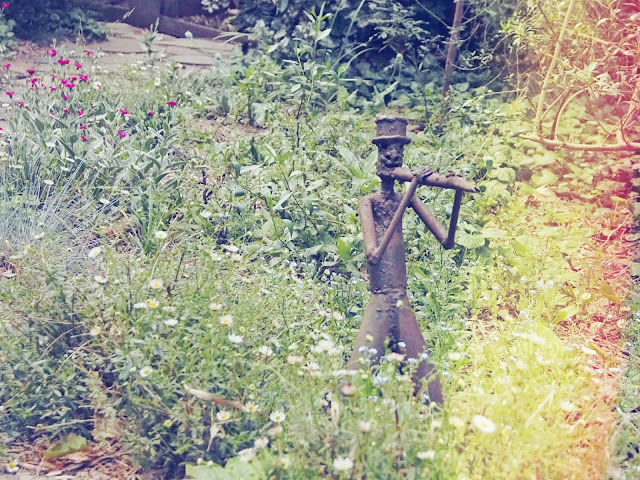 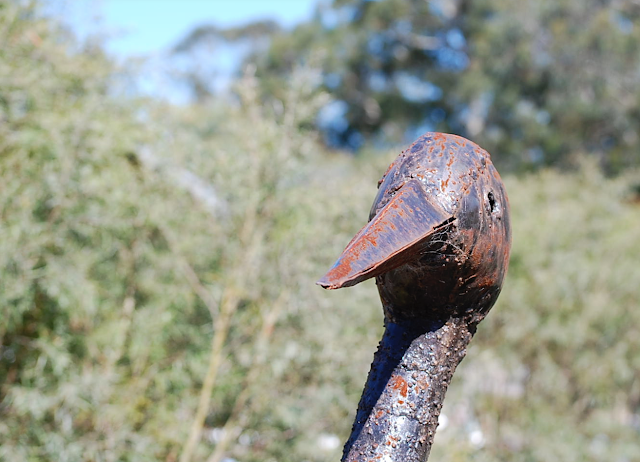 Even the metal ornaments change in time by rusting and decaying. Since it's a much slower rate of change there's not nearly as much upkeep. Anyway, this change presents no threats to health (so far as I know) and looks interesting and attractive!
Email Post
Labels: catmint' s garden change