One day in Yangon I went to the zoo. I had read the online reviews which were dismal.
So I wasn't looking forward to it, but determinedly went anyway in a spirit of investigation. 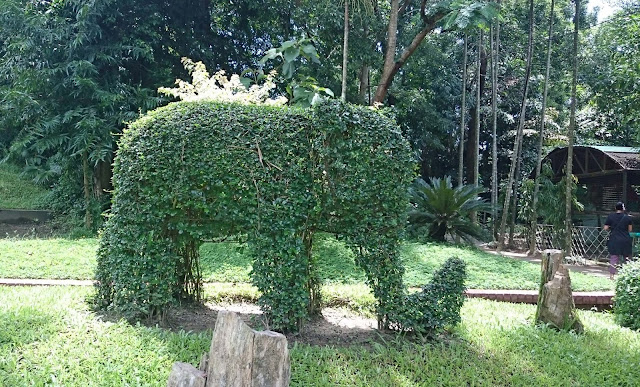 When it was first established in British colonial times, Rangoon Zoo was probably a shining jewel in Queen Victoria's crown. The day I went I saw shabby, rundown accomodation for animals, and a motley collection of fauna, languishing in the humid air.

The hippo lay in its pitifully small pond. 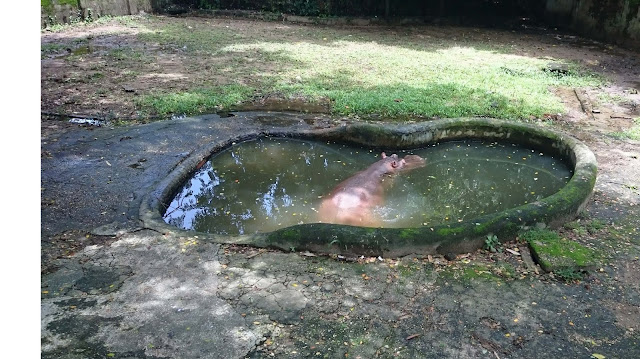 Sun bears, I read, tend to live alone. Here, though, there were several in a cage. These bears looked unbearably sad. 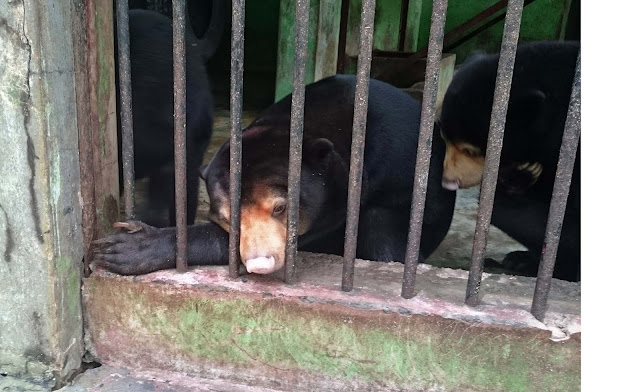 Other, luckier bears, had a whole enclosure and a moat, but they didn't look any happier for this. 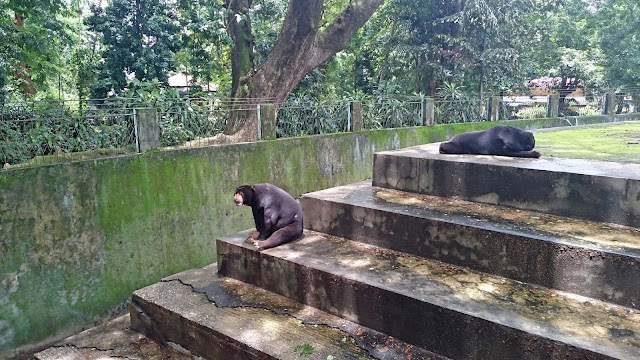 The herd of deer didn't seem so sad. Maybe temperamentally they are more resilient than the larger mammals. Or maybe as a human it's harder to imagine how they must feel. 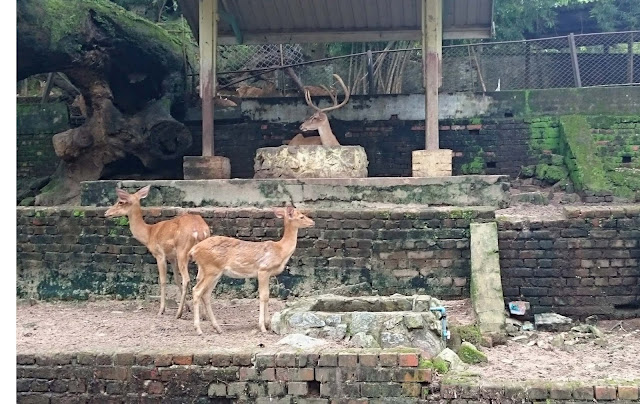 The elephants were in chains on a concrete floor. 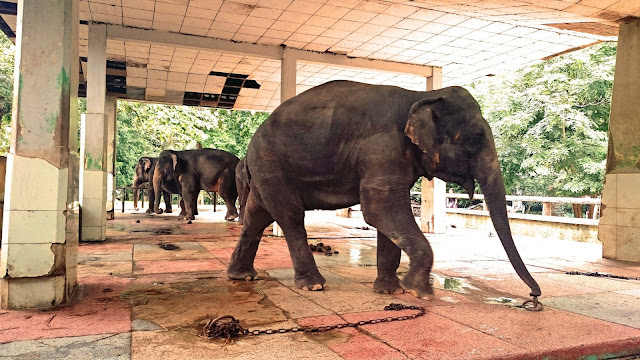 There was a white tiger there but I didn't go to see it. I'd seen enough.

I met a monk who wanted to practice his English. I expressed my concerns about the state of health of many of the animals in the zoo, and wondered if they were ever cared for by vets.  The monk didn't seem too bothered by this. He told me he loved animals and every day fed the street dogs that hung around the monastery.

Later in Bagan, 600 kms north of Yangon, I noticed dogs in many of the temples, sheltering from the intense heat - even though it wasn't yet summer. I thought of the animals in the zoo, and how these dogs led free and independent lives. 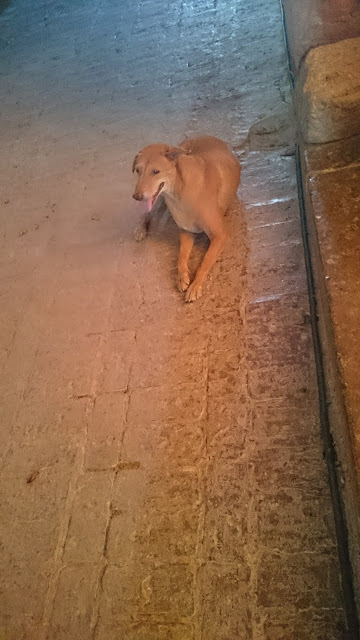 Another class of animals are working animals. A cow walks around in a circle pulling a grindstone that turns peanuts into peanut oil.  Cows and buffalo pull carts. 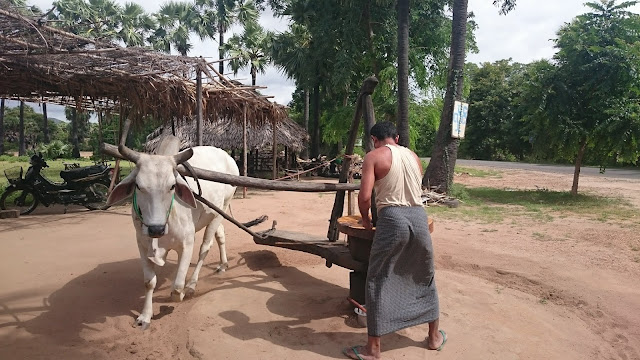 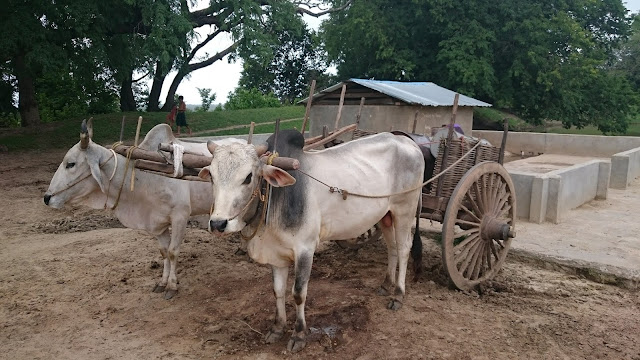 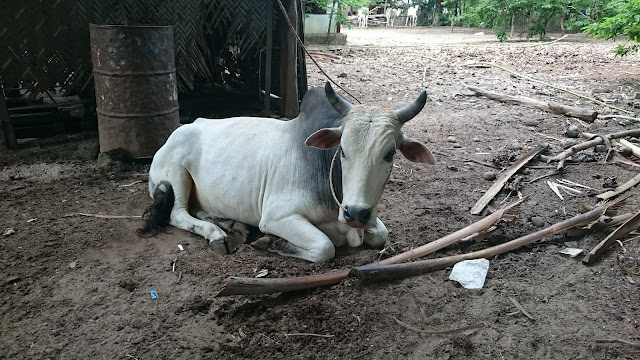 At the end of the day the sun sets over the Irrawaddy River. 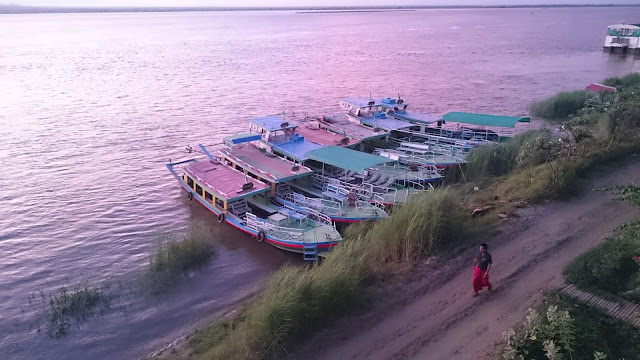 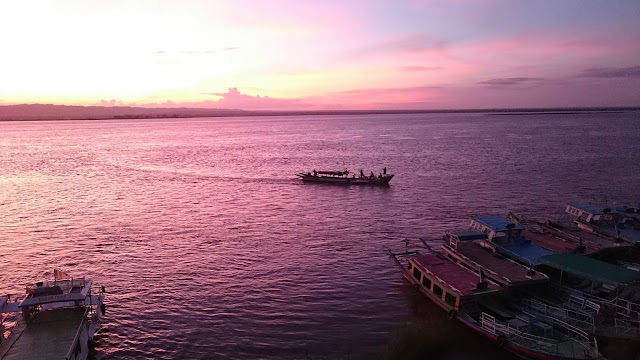 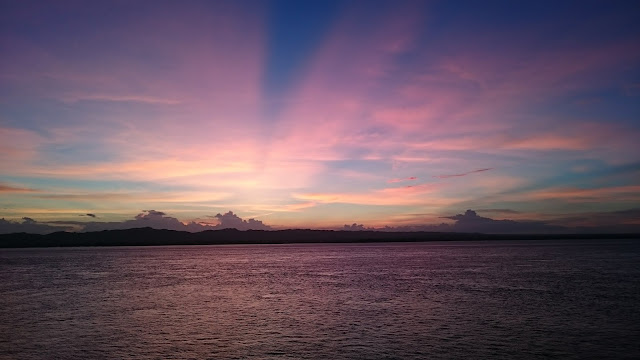