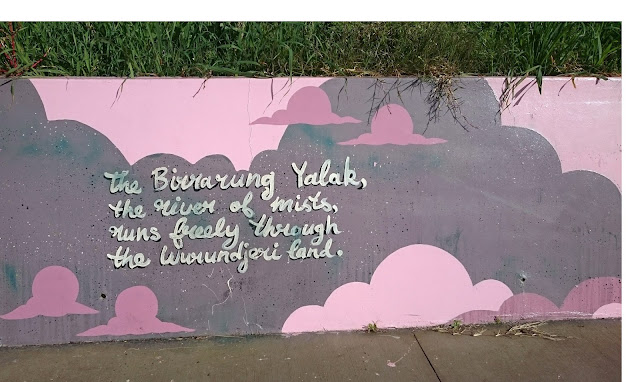 At Dights Falls, where, the Birrarung (Yarra) River, meets Merri Creek, there is a mural created in collaboration with the Wurundjeri People, whose Elders granted permission for use of the Woiwurrung language and stories. 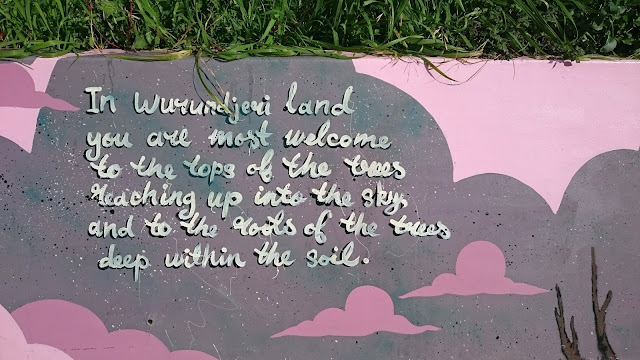 "Dights Falls is a very special place for the Wurrundjeri People and others. Where the river narrowed, it allowed access to cross the river, to trap fish and eels, and as a meeting place of some significance." 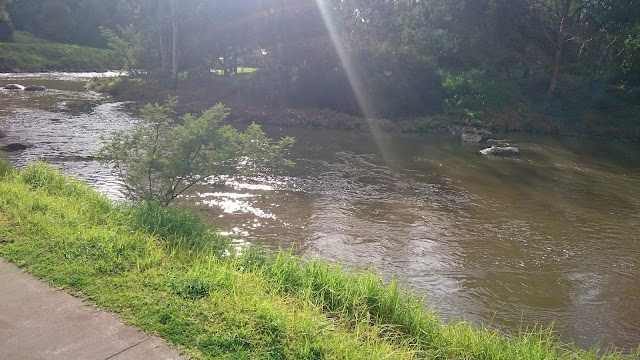 "The eels were there,
they were everywhere.
There were big ones,
there were little ones.
The people cooked them up.

skin them,
cut them up,
fry them." 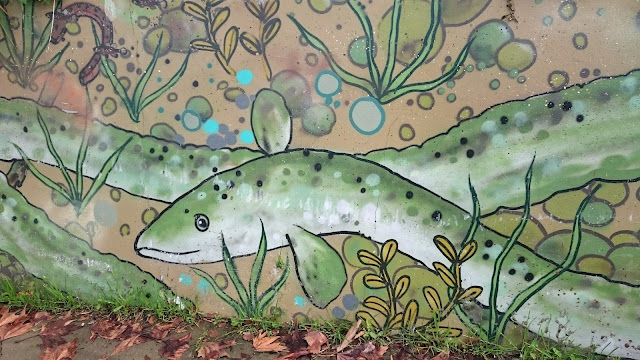 There is beauty and power in the painted words and images, but the paint is peeling and the mural is in need of restoration. 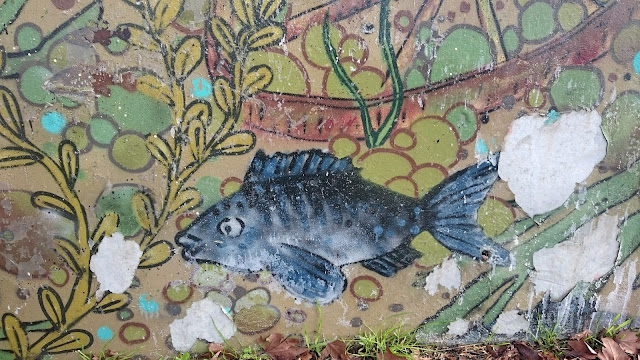 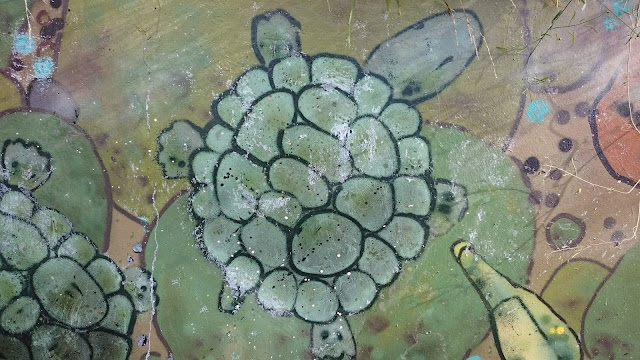 "A beautiful little blue bird was standing on a branch that was
moving gently in the breeze, he was close to us, watching us
my sister and were yarning near the waterways. 'Sister, look how beautiful the
rocks are here. Think of all the times we have come to sit together and look deep in the flowing water. How peaceful is this place. The water sparkles with flecks of gold ... shimmering...'

The Birrarung (Yarra) reminds me on an upside-down
river because of its muddy water.
We will be healed by these waters." 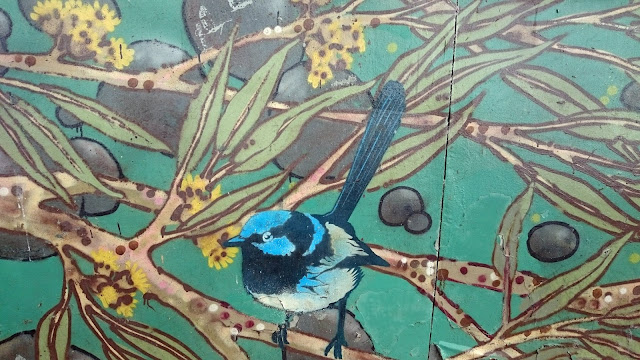 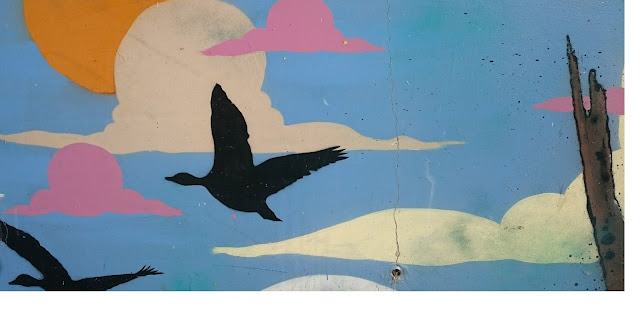 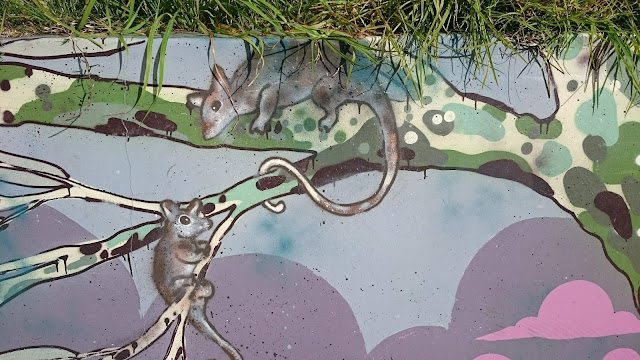 Bunjil, a spiritual being, created this land - the animals, the trees, all living things in it. Ancestors left their mark on the land. Aborigines belong to the land and respect the land. 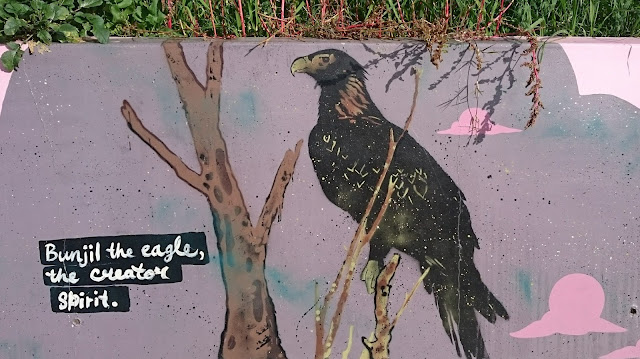 Walking further along the path, the mural was replaced by graffiti. The contrast was jarring. No longer was there a sense of peace, of reverence for nature, and for the past. There wasn't even a sense that the 'artists' were aware of where they were, the context and location and surroundings of the walls they were covering. They could have been anywhere. 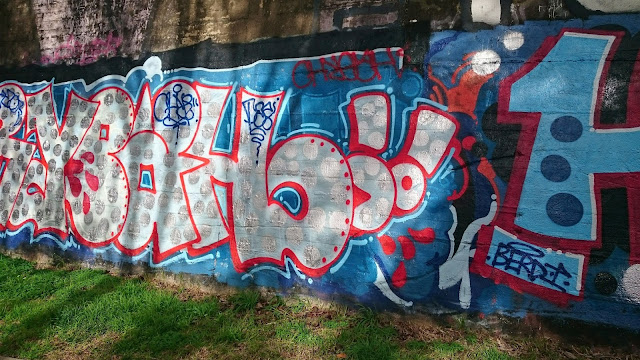 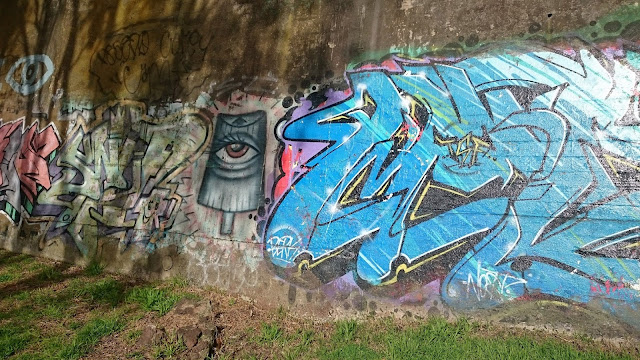 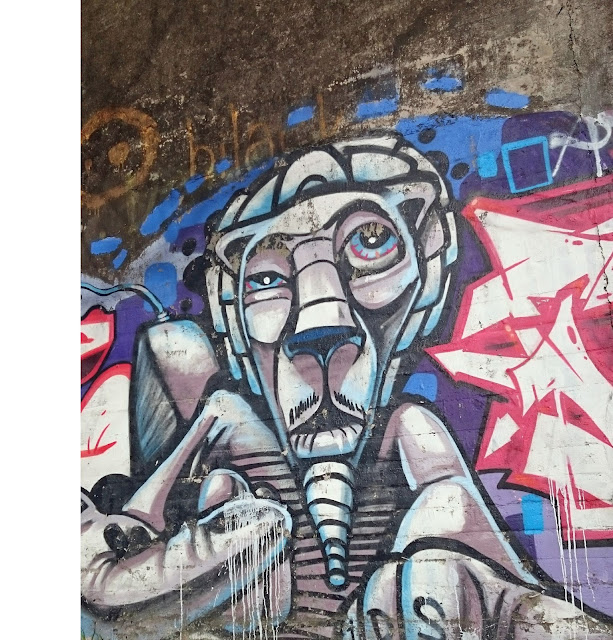 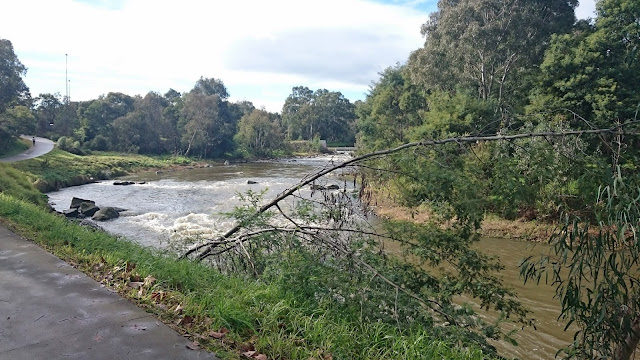