"the order is rapidly fading" 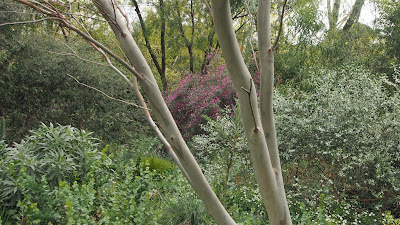 "The order is rapidly fading", sang Bob Dylan in The Times They are A-Changin'. I don't think he had gardens in mind at the time. But I'm aware hot weather is approaching fast, and the heat will make these fleetingly lovely colourful spring cottage-type plants droop, flop and die. In the meantime I can't stop taking photos. I'm not used to so many flowers in the garden. 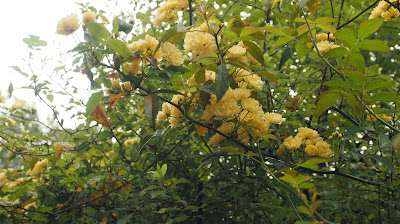 The best discoveries are often accidental. A yellow banksia rose grew into a neighbouring pittosporum and the result is a few short weeks of magic. If I were starting a garden again every single pittosporum would have a banksia rose intertwining within its branches. 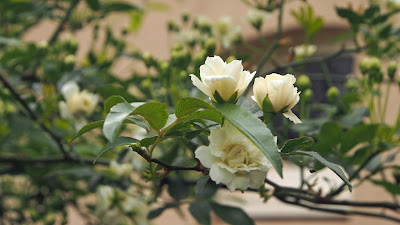 I love banksia roses. I love the way they are so accomodating and don't mind being shaped to suit my needs. And when they flower ... sigh ... well, you can see the result above. No perfume but you can't have everything. On one side fence there is a yellow one, on the other side is white one. 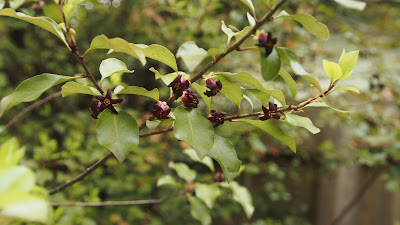 Pittosporums are common and not particularly valued by many gardeners. Not me. I value them highly. I use them around the back garden as a relatively quick growing frame and screen. If you can't see the fence you can't tell the size of the garden, and then it looks more interesting and more romantic. Out of maybe 10 shrubs, only one individual specimen produces flowers, and now's the time.  The flowers are tiny, dark purple, nearly black, and numerous, littering the path when they drop. When I sweep them up and put them in the compost, I wonder if I'll get tiny Pittosporum shrublets? 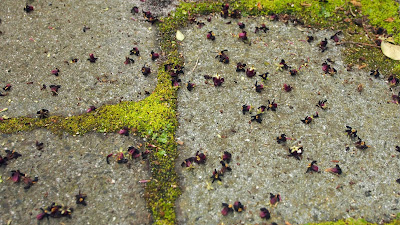 You just don't know how a plant will do until you try it. An astounding success is Geranium incana. It's a perennial, so for most of the year it's nowhere to be seen. But then, suddenly, around this time of the year, it's all over the place. Originally I had imagined them as bordering a path, but they are not disciplined enough for that. They escaped all over the garden, and have a habit I adore. They intertwine around their neighbours, and create unpredictable combinations and pictures. 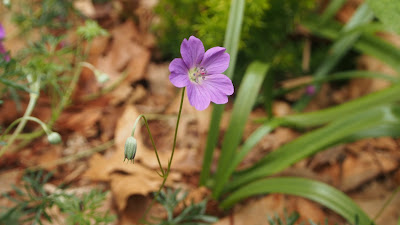 Acanthus mollis and I have had a long and ambivalent relationship.  I love the dark green glossy leaves and the contrast between them and the leaves of more introverted plants. It arrived in the garden early on, maybe 35 years ago. After a while I found it a bit thuggish and decided to have a change. I dug it up but it refused to go. So now we're got a truce. I manage - just - to keep it contained to one area. When it flowers, I've learned to promptly cut off its spike, and dispose of it in the green bin, never in the compost. 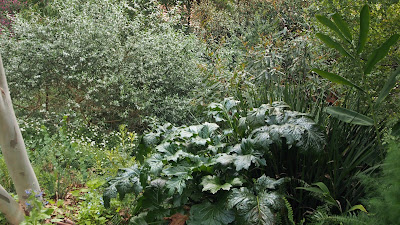 Indigofera Australis, indigenous to this area, is doing really well. It is covered with masses of pink pea flowers, happy in its protected spot. I love the way it looks close up, and ... 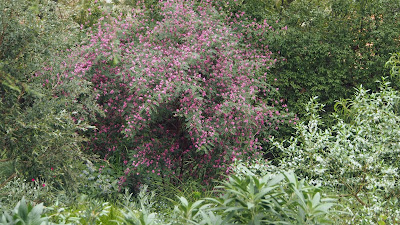 ... when it stands out in the background. In this shot it's framed by the branches of the eucalypt and the blooms of the echiums. 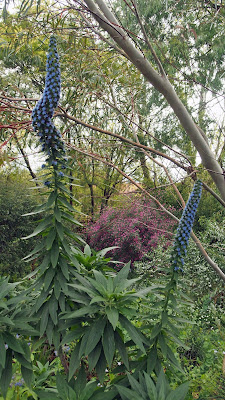 Whenever I see these weird fluffy little things, I think of the mistake I made all those years ago. Never buy a clematis that isn't in flower! 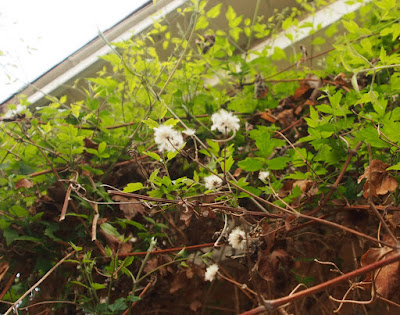 And here's some front garden views. I have consciously been trying to simplify the non-native front garden by using largish shrubs. They're taking a while to establish themselves, and to reveal the design I had in mind, but I'm pleased with how it's looking. The book I used for this approach is a book I really must review in the blog. It's by Olivier Filippi - The Dry Gardening Handbook: Plants and Practices for a Changing Climate. I rarely buy gardening books these days but this one was worth it. Although it's not Australian, it was inspirational as well as practical. 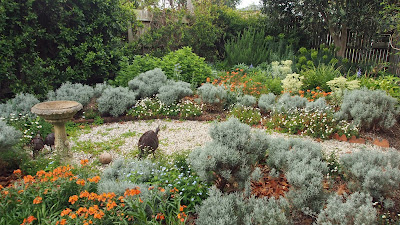 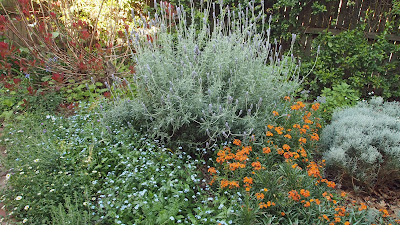 Like Geranium incana, bluebells have naturalized in the garden, making it their home for at least 30 years. They please themselves, popping up whenever and wherever they want. 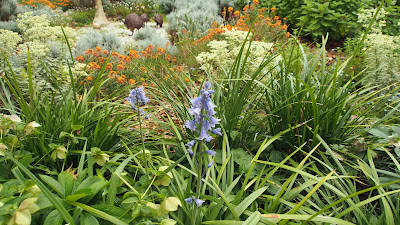 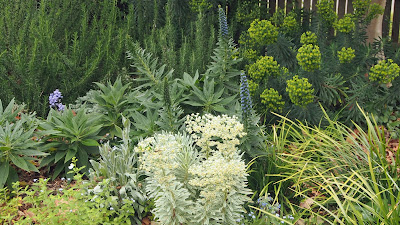 Back to the back garden -  a spike of early flowering Echium is turning to seed and has nestled down onto a Lomandra bush as if it were a pillow. Although I guess later I'll be removing lots of tiny unwanted Echium babies, I can't bring myself to disturb it. 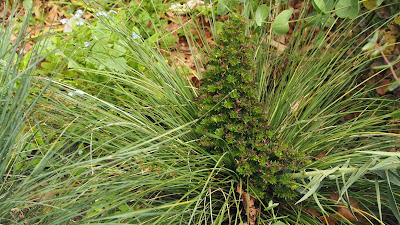 Finally, this last plant story is one of redemption. There was a time, a long time ago, that I believed that the herbicide Glysophate was harmless because it released a hormone that only affected the plant it touched. I cringe disclosing this. I used to use this Monsanto product for getting rid of weeds. I never sprayed, but thought this was OK, using a wand. It seems like another life now.

Anyway, I decided to use Roundup to get rid of the Wisteria that was lovely but kept threatening to lift the roof tiles. I cut it right back and applied this poison several times. It kept growing but not so strongly and the leaves were yellowy and sick. I felt bad about this and stopped trying to poison it. This must have been 20 years ago. Gradually the leaves became greener and for the first time since the attempted murder it has flowered. All is forgiven. Except Monsanto. We should never forgive corporations like that that put profits before the health of the planet. 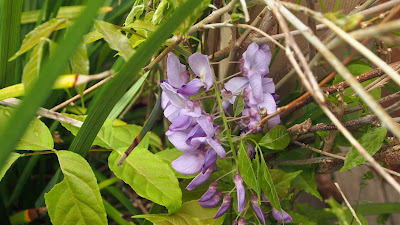