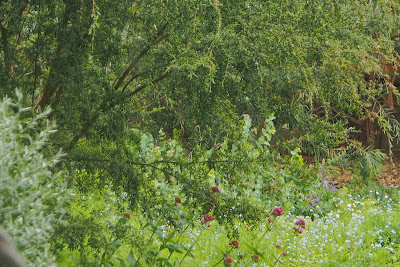 I recently went to a talk with the intriguing title of Lizard Lounges and Butterfly Bars.  I found this talk electrifying, as in setting off light bulbs! Finally I understood the value of indigenous plants! Indigenous plants are best suited to attracting native fauna because they have evolved together and have complementary needs. For decades, I have been trying to attract wildlife, but in a largely random hit and miss manner. I thought it was enough not to use chemicals.

I don't think I'll totally retrofit the garden, but I think I can put some of the ideas into practice. Some non - native species attract wildlife anyway. For example, nearly every day a magpie enters the front garden, snacks on a few black olives, then takes a bath. 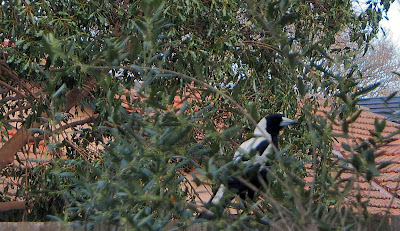 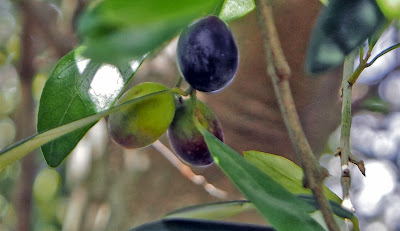 Another thing I learned from the speaker, Brian Bainbridge (BB), was that indigenous nurseries were much better for sourcing plants to attract wildlife than commercial nurseries. Because they don't clone plants, plants flower at different times. This gives wildlife the opportunity to stay in the garden for longer periods of time, hopefully completing their life cycle in the garden, and laying their eggs for the following year. BB explained the importance of preserving sunny patches for lizards and other wildlife. Hence the idea of lizard lounges - rocks, stones, a place for a lizard to sun itself.  BB talked about grassy plazas, an open space with grasses, a mosaic of small habitats, that provide microhabitats for minibeasts. I used to often see lizards, butterflies, hoverflies, beetles and dragonflies, but hardly ever see them now. There wasn't much open space left in the garden, and it was much shadier than it used to be.


One of the plants I had been filling spaces with was Echium. Why Echium?  Well, because I like it, but mainly because it is so obliging. All you have to do is stick a bit in the ground and it grows quickly into a large-ish shrub that survives heat and drought.

When you change the garden with new plantings, it is a slow business. But change it by removing things, and it is instantly and dramatically different! Removing two small Snow Gums and several Echiums created an instant sunny grassy plaza of sorts. 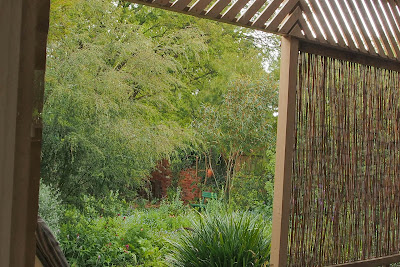 If I was starting again I'd probably do things differently. Although then I suppose I'd just make different mistakes, and learn different things as I go along. It's heady stuff, this gardening passion.