Wake up sleepy-twigs, spring is here. 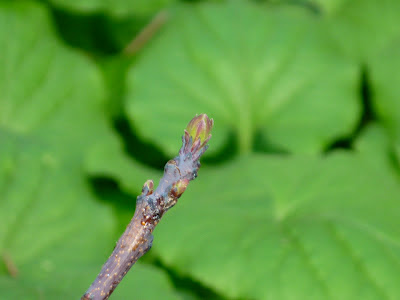 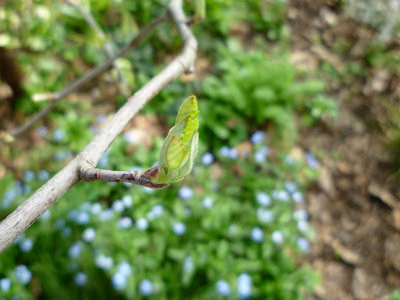 Borage self seeds throughout the garden.  I let it do its thing. Since the recent Big Wet the plants are much larger than they used to be, with more flowers per plant. I use the flowers and leaves in drinks and in salads. The leaves taste like cucumber and the flowers are sweet and taste of honey. 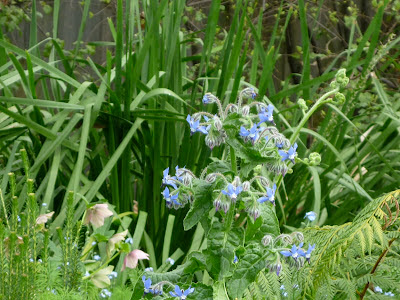 Where does the path go?  Winding paths gives a sense of mystery and romance to any garden. 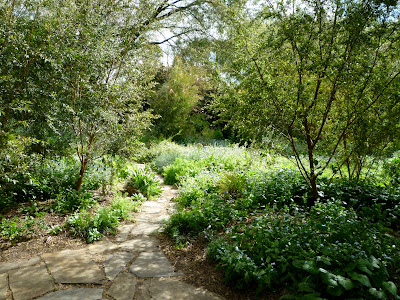 There are about 1350 species of Acacia (aka Wattles) throughout the world, and about 1000 are native to Australia. Here are two of them.  Both are large trees, but with different coloured and shaped flowers.


While enjoying the spring sunshine, I think Potter must be nostalgically recalling a Time Gone By when there was a soft lawn to lie on and pee on.

Behind Potter to the left of the photo is a tree stump. It is the last in a row of Leptospernum morissonii. This shows how I have become sensible, cautious and conservative, or maybe just tired and lazy. The stump was a lovely shrub that I thought would look better somewhere else. Instead of moving it straight away, I cut it back first to get an idea how the area would look without it. I moved another, much smaller, one, but decided to keep that one in its original position. It doesn't look great now but it will grow back... eventually, in time. 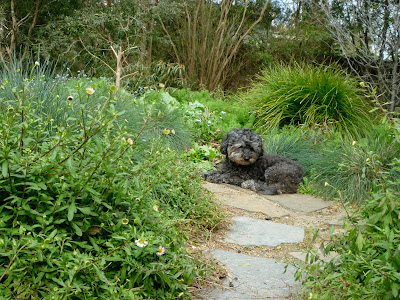 You have to be quick to catch the Echium Heronswood Pink at this stage of graceful, languid showiness. Masses of bees are also acting quickly and buzzingly to get the pollen before the flowers turn to seed. 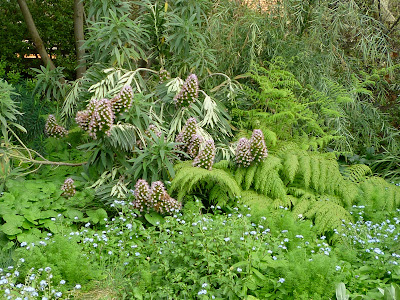 This is the bit of the garden that was quite bare a few months ago. It's getting quite interesting as the Echium simplex is growing in its quirky Dr Seussian way, and - as I thought it would - wonderfully complementing the Artichoke leaves.  In the background is a row of Derwentia perfoliata (Diggers Speedwell) making a kind of  informal hedge. In the front, at the bottom of the photo, you can see the leaves of a few Echium candicans bushes that will grow quite large in the next couple of months. 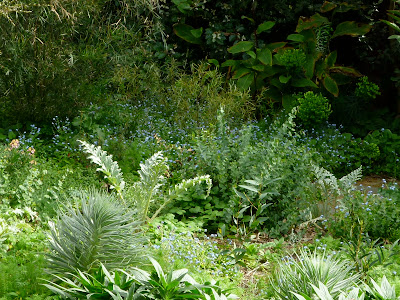 This is an Australian native daisy flower: Brachyscome multifida. 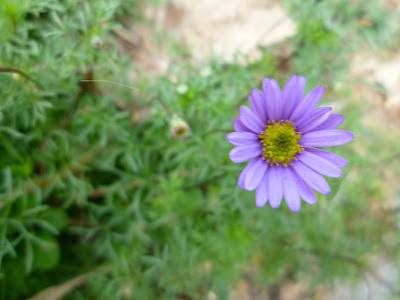 Philothecas come in different forms, shapes and sizes, but all have these lovely pinkish white flowers in spring. Another Australian native.

I post photos of Correa flowers often because they flower often, and I never tire of their cigar shapes. There are many varieties that are differ in size, colour and form. I can't remember which one this is. 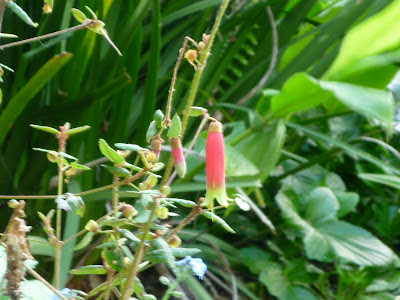 These African daisies have never flowered like this before. It's thanks to the hungry possums who have thoughtfully thinned out the tall trees to let more light into the garden. 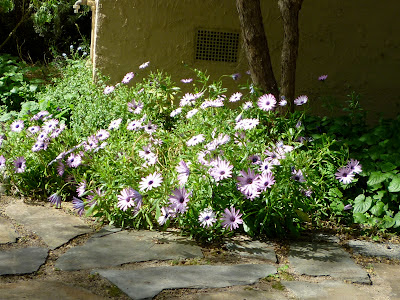 Getting a shot of this Australian native flowering grass, Stypandra glauca or Nodding Blue Lily, was not easy because the flower was facing down at an awkward angle. Somehow or other I ended up getting my blue dressing gown in the background - purely accidental, but a nice colour combo. 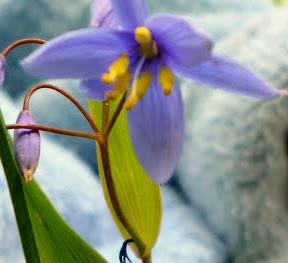 Thanks Carol from May Dreams Gardens, for hosting the meme Garden Bloggers Bloom Day. I'm joining in with this post. It's worth checking out to see what's growing in people's gardens this month.