I don't know how I'd go in a land of winter snow. It would be a forced rest from gardening, a kind of hibernation like bears and squirrels do. There's no hibernating here. Flowers bloom, weeds grow. The brief appearance of winter sunshine brightens the short days of June.

The following photos were taken through a window: shadows playing on the blind, visible light on the birdbath and a flock of currawongs eating seeds and playing in a group of tea trees. 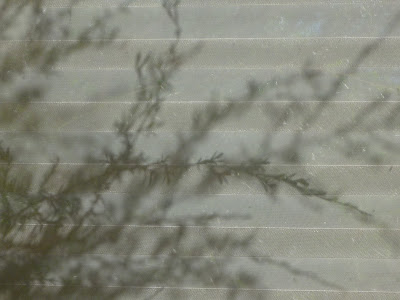 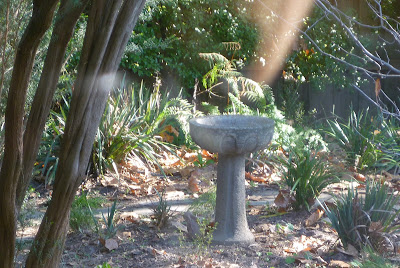 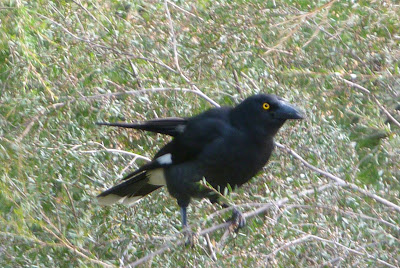 Purple Alygyone flowers only last one day. The day I had the camera ready was the day for this flower. 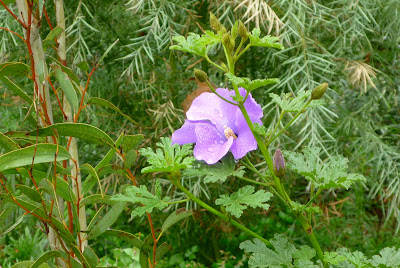 I posted a photo of this Echium wildpretti a couple of months ago.  It is slowly growing, still looking like a sea anemone - but a giant sea anemone now. Worth watching, because after winter (I think) it will suddenly burst into dramatic growth, become very very tall, flower - then die. 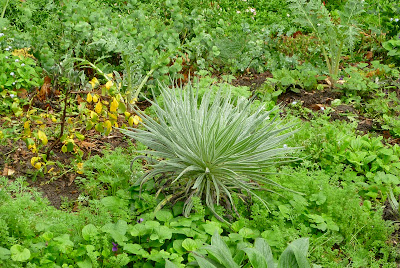 I think of that old song Diamonds Are a Girls Best Friend. These raindrops are like diamonds to me, transforming the ordinary into a sparkly, romantic and magical world. 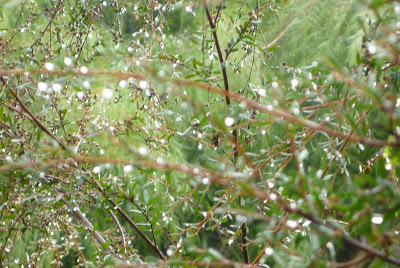 Like E. wildpretti, the Artichokes are biding their time, gathering strength for a big show of growth in autumn. I had them near the Echiums before, but moved them, intertwined them irregularly with Diggers Speedwell (Derwentia perfoliata) to form a rough informal border along a path. 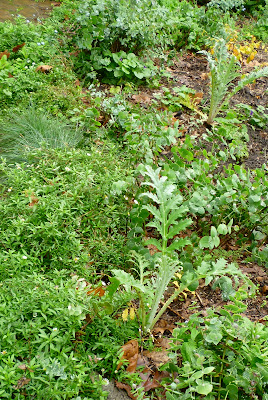 This Smoke Bush 'Velvet Cloak' is putting on a dramatic show before it drops its leaves. When its branches are bare, it will be moved again, for the first time in several years. It is very crowded where it is now, and it's being pushed over by larger trees. I have a better space for it nearby, space to grow and spread. 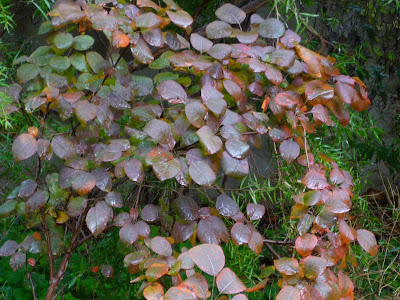 I never tire of Wallflowers because within their different colour ranges, they have subtle colour combinations. This one is several shades of pink and yellow. Design-wise, it shouldn't work among native plants, but it does. 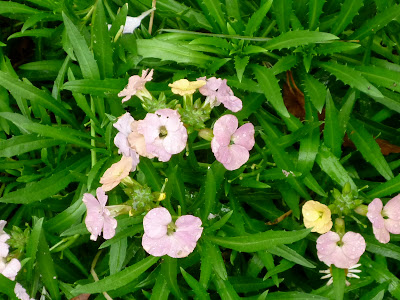 Elsewhere in my blog I have been very rude about violets. Well, I admit I am inconsistent and changeable. I quite like this bed - it's almost a field of violets, with lots of purple flowers sticking their heads cheerfully above the dense mass of bright green heart-shaped leaves. Stepping out of my front door the other door the other evening, I was greeted by a ringtail possum couple. The one facing the camera seems quite fat - I wonder if this is a female and whether she is pregnant?

I am linking this to Garden Bloggers Bloom Day hosted by Carol from May Dreams Gardens.

As usual, I am interpreting the GBBD brief very loosely. Many people would not necessarily think of possums, currawongs, shadows on blinds and drops of water as blooms.  But remember what Humpty Dumpty said to Alice? When I use a word ... it means just what I choose it to mean - neither more nor less.
Email Post
Labels: catmint' s garden