Last year was the second year in a row that the local weather office recorded above average rainfall after 13 years of below average rainfall.  I planned for drought, now I'm spending time just watching the garden to see how it grows in this unexpected wet.  Busy, as well as not feeling exactly crash hot, when I have time and energy I mainly concentrate on liberating overgrown paths. And reading the camera manual because I am still doggedly (catmintilly?) trying to improve my photographs and am an extremely challenged and slow learner in the field of photography.

The colour's bizarre here but I must show off the yellow tomatos that seeded themselves in the garden. It would be so wonderful if they naturalized and became like wild bush tomatoes. 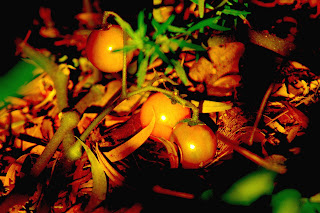 My War Against Agapanthus continues, and mostly now they grace the compost heap. 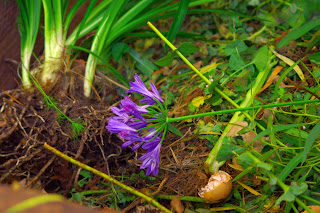 After a feast of pecan nuts I chucked the shells on the garden, including a few that hadn't opened. Somehow an enterprising spider managed to open one and placed the half with the nut intact, high in a lavender bush suspended by its web. The spider is living behind the nut. 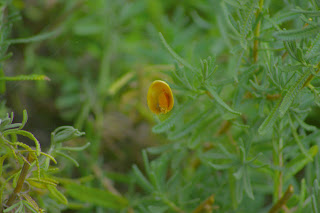 I thought the pokers in the front garden were orange but this yellow one appeared. Although it's beautiful I didn't think it went with the pink and orange and blue colour scheme. So as soon as it let its guard and drooped, I dug it up and gave it to C. who is starting a new garden. 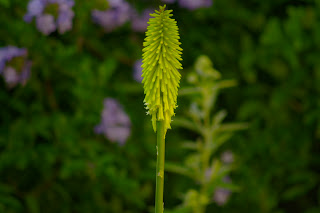 The wallflowers are still blooming, I guess because they like the rain, but also because I am learning to give less them less active care, and more passive appreciation. 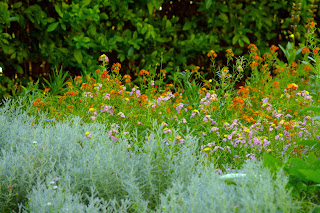 Different coloured love-in-the mist with valerian and Californian poppies in the background. 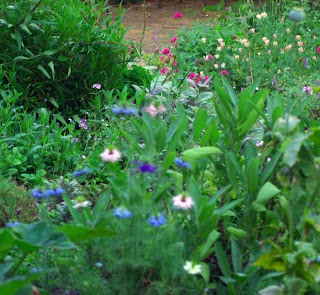 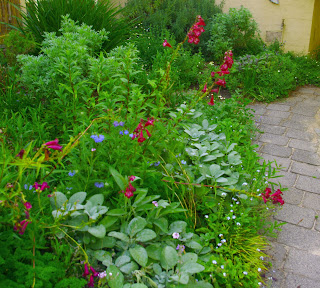 and all the while the goddess watches over the garden. 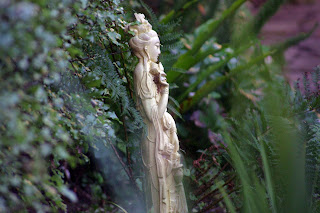 Thanks Carol from May Dreams Gardens for this meme.
Email Post
Labels: catmint' s garden